The 1st Virginia March for Life drew over 7,000 Virginians to the state capital, making it the largest crowd to assemble at the Richmond Capitol outside of a Governor’s Inauguration. March for Life co-hosted “Alive From New York” with Focus on the Family, the largest pro-life event ever held in the Big Apple. Crowds gathered in Time Square to watch a live 4D sonogram of Abby Johnson’s baby and hear his heartbeat. 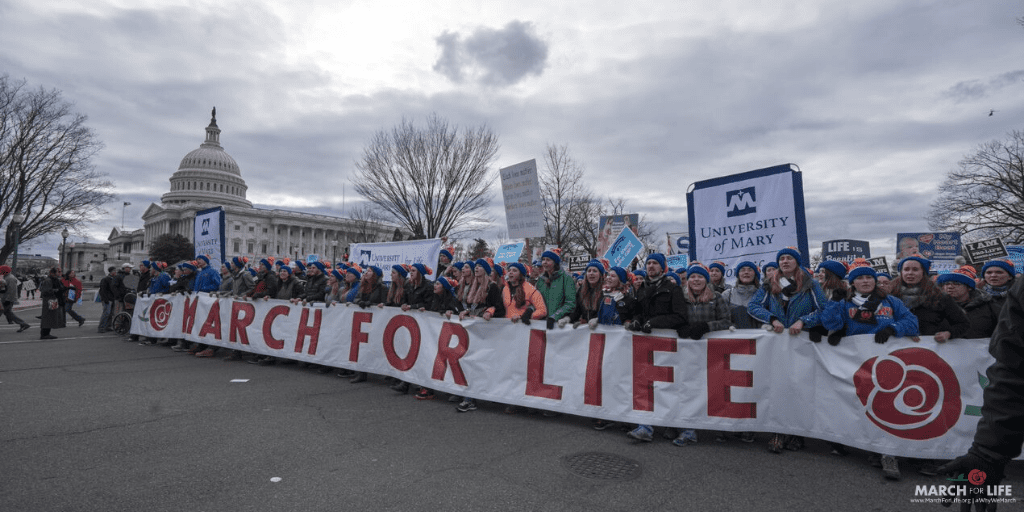 Since joining the March for Life team in 2013, Tom McClusky has worked hard to take the collective, massive voice of the marchers to the Hill throughout the entire year. March for Life Action mobilized thousands of citizens throughout the year to be powerful voices for life.

Through our Action Campaigns, we mobilized:

41K citizens to petition Congress 118K times in support of the Born Alive Act. The Born Alive Act Discharge Petition was brought to the House Floor with a record 191 signatures. The March for Life team continued to grow, with the addition of 3 new members:

Their passion for the pro-life movement allows us to take greater strides forward in the fight for life every single day.

We are so proud of the impact we made this year in the fight for life and especially grateful for your support, without which, none of this pro-life work would be possible! Help us continue building a culture of life in 2020 by donating to the March for Life! Yesterday marked the six-month anniversary of the introduction of the Born-Alive Abortion Survivors Protection Act (H.R. 962) in the House by Rep. Ann Wagner. The bill aims to ensure that children born alive after an attempted abortion receive “the same degree of professional skill, care and diligence to preserve the life and health of the […]